Alternative farm diversification projects you should know about

Farm Diversity is full of great ideas on making the most of your land. Some of the tried and tested forms of diversification you will already know about – you may even have gone down those routes already. But have you considered an alternative project? Here, editor Victoria Galligan takes a look at some of the more niche farm diversification projects out there which could just be your next move…

From small low-key fashion shoots to huge feature film projects, the variety of shoots taking place in the countryside is vast – and that’s where your farm comes in.  Sometimes, it’s just a quick filming of a field angle that’s needed, other times it’s a full exclusive take-over of the farm.  Jeremy Clarkson and The Grand Tour spent 10 days filming a stunt sequence across a sheep farm near Rye, with over 65 crew involved. The same farm has hosted fashion shoots for Vogue, Ted Baker and Carhartt: for the latter, those working on the farm were also the models! For Vogue, the farmer could just leave them to it. 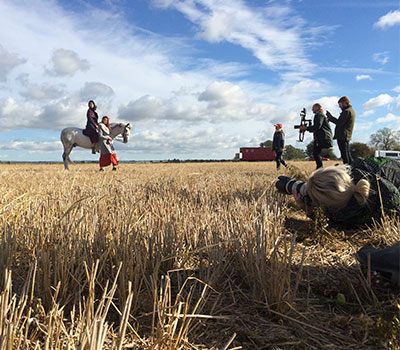 Jo Thompson set up Farm Locations, a niche location agency, in 2015 and explains: “Although there is no guaranteed income from location shoots, the risk to your land is minimal, there is no investment needed upfront and the landowner is in control as to deciding which shoots to agree to.

“And in terms of workload, the owner needs to just provide good photos and facts up front, to then feature on the website. Farm Locations then facilitates the process throughout – ensuring the  farmers’ interests are well looked after.”

Jo said the farms with most potential are located closest to London , have plenty of variety and unique features and are backed up with an enthusiastic owner and crew facilities on site. That all said, a booking can be based on one neglected feature on the farm that can draw in a major filming shoot – e.g. a primitive shooting cabin in the middle of the woods.

If becoming a farm location is of interest, take a look at www.farmlocations.co.uk  and contact Jo to discuss.

Since 1993, natural burial grounds have sprung up across the country and there are now 270 sites across the UK, according to the Natural Death Centre.

Creating a quiet, scenic burial ground and perhaps encouraging families to plant a tree in place of a gravestone means the land a natural burial ground is situated on remains just that – natural. Whether it’s in a meadow or amongst woodland, the unspoiled countryside is the perfect place for people to want to be laid to rest – and families returning year on year to remember loved ones can enjoy the peaceful environment as they reflect.

The Association of Natural Burial Grounds can help you establish a new burial ground and there is a guide online, written by the Ministry of Justice, which can help those thinking of going down this type of land diversification.

Still tied up in red tape thanks to government floundering over the legalities of what farmers can do with their hemp after it’s harvested, this is a crop which will no doubt have a great future in the UK – if campaigners can persuade the powers that be to relax the rules. 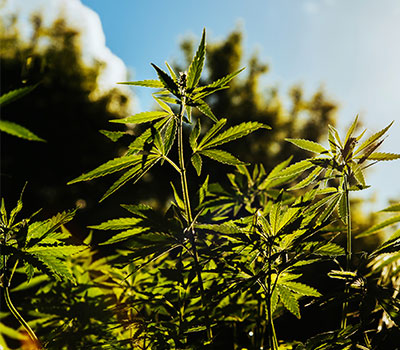 There are many benefits for your land (the hemp canopy pretty much eradicates weeds, somewhat ironically!) but even though it’s not marijuana, it’s a derivative of the same plant species Cannabis Sativa, there are strict rules on what farmers can do with their crops.

The British Hemp Association (BHA) website says: “For hemp to be a viable cash crop for our farmers and processors, we need to be allowed to utilise the entire plant. The BHA's focus is to contribute to inform, educate and lobby for progressive and environmentally responsible legislative change.”

The wide range of hemp-derived products includes seed protein, which is a nutritious diet supplement, cannabidiol (CBD) used to medicate humans and animals, and hempcrete – hemp fibres are treated with lime to create concrete-like shapes which are not only durable but super-lightweight. According to Sell House Fast, 44% of building professionals believe hempcrete will be utilised more in 2020.

If you are interested in growing industrial hemp, you will need to apply to the Home Office for a cultivation licence – the BHA can help you with more information.

As recently as 2015, the first UK-farmed truffles were harvested by Dr Paul Thomas, who had spent the previous six years cultivating the fungus across 20 farms and estates around Britain.

Dubbed as “black gold” and fetching around £400 per kilo, it’s little wonder that so many farmers want to produce truffles – but is it as easy as planting and waiting? No, says Dr Thomas. And that’s what makes the crop so valuable.

Now the MD at Mycorrhizal Systems Ltd, Paul said: “The truffles need chalky, alkali soils, but most of ours in Britain are acidic, so we add a lot of lime to create the right conditions.”

He added that truffles need two mating strains, like with plants – a fact that remained unknown until 2010. This means that ideally at least three trees are needed for cultivation.

Not every dog can cope with walking in the park with other mutts – some are nervous, or get aggressive with dogs they don’t know. Meanwhile, some owners would prefer to walk somewhere which is secure and well-lit rather than take their chances in the woods on a dark night! Hence, the enclosed dog walking park was borne. The website Dog Walking Fields lists enclosed fields on its website, and allows users to search for their nearest. Mine, for example, is Grandma Farm in Wigan, Lancashire, where dog owners book a slot and pay £5 for half an hour’s blissful, private walking. 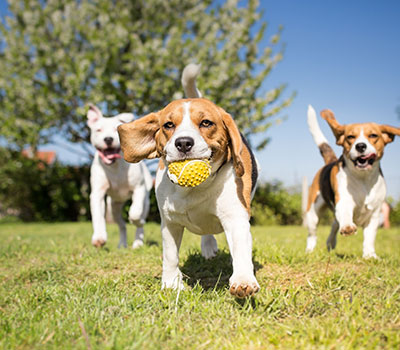 Petsitting is another area of business which landowners have diversified into. Bruce’s Doggy Day Care is a Surrey petsitters based on acres of farmland in two different locations. Dogs socialise with other pets, play with the staff and – get this – go swimming in a pool before drying off in heated log cabins. Luxury!

There is huge potential in timber harvesting for those who have not yet realised the income available from privately owned woodlands. Many owners are unaware of the benefits of effective woodland management, whether this be thinning to achieve a better final crop, or clear felling areas which are at the end of the growing cycle. Even the poorest quality timber still has a market and therefore a value.

Douglas Mathison from Agriforest, which specialises in providing a return for owners of small to medium-sized woodlands primarily on farms and estates, has made it his mission to help landowners get the most out of their woodland.

His company helps farmers get in touch with local contractors who turn the wood into cash (not literally!). Douglas is a former tree surgeon and set up Agriforest in 2016, and deals with smaller, independent sawmills and firewood processors, right through to international markets.

Timber is definitely worth considering as an income stream and is a crop which could play a long-term part in your business. There are also government grants available in woodland creation which are worth exploring.

So however you decide to diversify, it’s worth looking at the range of projects that are already out there and seeing how you can create your own version. Take a look at our other farm diversification articles for more ideas – and let us know if you make yours a success!