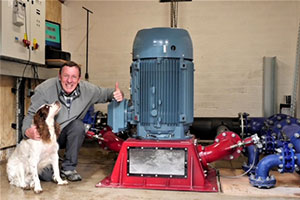 Drawing on the natural water supply from a fellside beck, English Lakes Hotels Resorts & Venues has installed the turbine at its flagship site on Windermere, Low Wood Bay Resort & Spa. 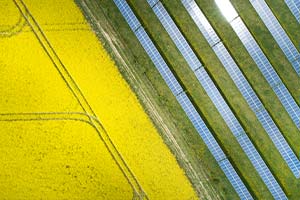 Plugging in to solar opportunities for your farm 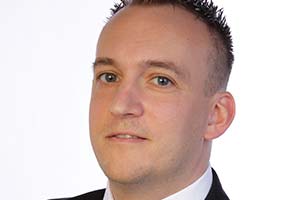 Find out more about your solar opportunities 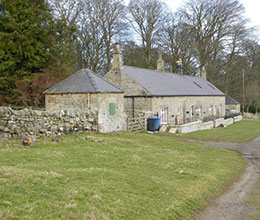 Kensa Heat Pumps advise farmers on how to maximise onsite electricity use and reduce bought-in electricity in order to make use of the Renewable Heat Incentive.

The government’s Smart Export Guarantee (SEG) introduced in early 2020 to replace the export feed-in tariff (FIT) may be causing farmers to hesitate about investing in solar photovoltaic panels (PV) up to 5MW.

The SEG lacks a minimum price for exported electricity, requiring only that payments are greater than zero pence at all times of export. It is predicted that this will create a marketplace for energy firms to compete to offer rural businesses the ‘best price’ for the unused electricity they export. 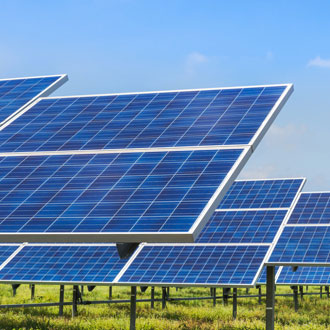 Planning permission has been granted for one of the largest solar farm constructions in the Yorkshire region which could power up to 15,000 homes, thanks to the work of rural surveyors GSC Grays.

South Lowfield solar farm in Kirkby Fleetham, North Yorkshire, will see 200 acres of farmland converted to solar energy production and plug straight into the local energy grid. The solar farm will be funded and operated by Lightsource BP. The approved design means the farmland can be retained for light agricultural use for the duration of the solar farm and then returned to full agricultural use – securing the land for the farmer and future generations.

Harvesting the financial benefit of renewables 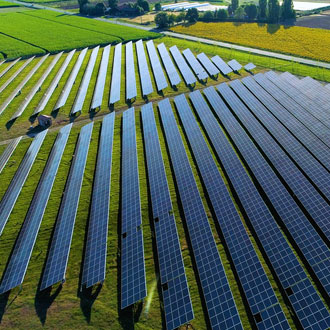 The NFU (National Farmers'​ Union) recently announced plans to make British agriculture carbon neutral within two decades and with farming responsible for around a tenth of UK greenhouse gas emissions, this will be a vital step on the road to reaching net zero.

Alongside switching to more environmentally friendly working practices and enhancing land and buildings in ways that will help lower emissions, diversifying into renewable technologies presents a natural next step.

But what are the financial opportunities for farmers, when it comes to switching to renewable energy and low carbon technologies?

How to maximise income through energy development diversification 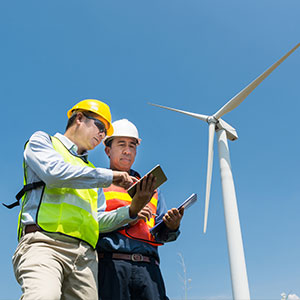 Hosting an energy development on your land can diversify your income through long term rental payments or land purchase deals, providing you with long term security. There has long been a link between using farmland for both food and energy production and, with demand for energy increasing, there are now numerous opportunities to maximise income through using your land to host an energy development. Whilst generating your own electricity through solar PV panels and heat from biomass is now common amongst landowners, the ability to sell power onto National Grid provides long-term income diversification opportunities. 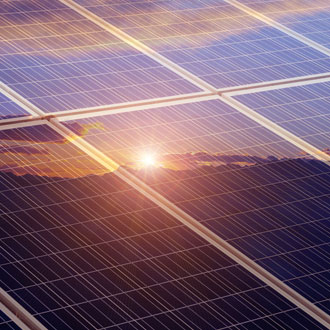 The Government’s Energy Trends and Energy Prices publications were published in March by the Department for Business, Energy and Industrial Strategy.

Energy Trends covers 2018 statistics on energy production and consumption, in total and by fuel, and provides an analysis of the year on year changes.

As landowners diversity into energy production through various methods, it was interesting to note that the report showed the output from bioenergy, waste, wind, solar and hydro is now nearly 13 times higher than coal – notable as coal output was higher as recently as 2012. Coal outputfell to a record low level, whilst output from nuclear also fell, due to outages.

How renewable energy can assist farmers with future economic plans 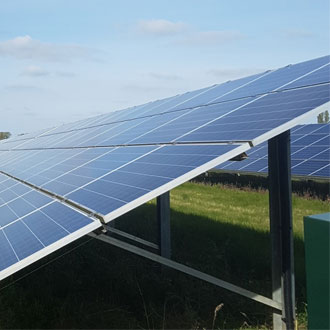 There’s no escaping the fact that farmers are having to work harder than ever to boost their bottom line. And, with trying times looking set to continue as Brexit looms closer, there are ways to unlock the value of farmland – without having to sacrifice your way of life.

It’s not always necessary to simply sell land in its entirety to the highest bidder. As renewable energy continues to play a major role in farm diversification, Dave Ogden, director at electrical contractor, Smith Brothers Ltd, explains how green power is assisting farmers with their future economic plans.

Historically, arable farmland would be home to row-upon-row of neatly organised crops. But now, the grid format is increasingly being adopted by an expanse of solar panels, generating electricity for use on site. Similarly, it isn’t uncommon to see cattle grazing beneath the blades of a wind turbine. 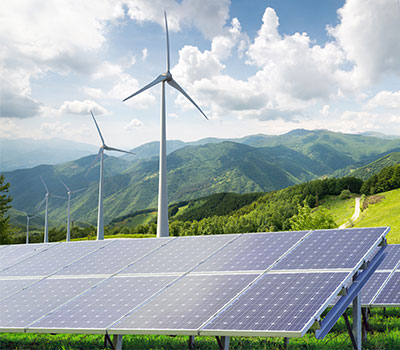 Many farmers are turning to energy production when diversifying – and why not? You’ve got the land, there are experts at hand to help and you’ll be producing green fuel. Saving the plant in fact! But there’s more to energy production than setting out your equipment, says Paul Hutchens, who is CEO of Midlands-based solar specialists Eco2Solar. Paul is a board member of the Solar Trade Association (STA), the UK's leading solar industry voice. Here, Paul discusses some of the ethical issues surrounding energy distribution in the UK, including the rights to energy access…

The energy market is in a state of change. Technological, economic, environmental, and political developments are all having an unprecedented influence on how the UK considers, consumes and stores energy. There are well-publicised issues around how and where energy is produced, but the distribution of this energy is a subject that raises more questions. Is access to energy a basic human right? What are the ethical implications of storing and sharing energy? And who should be making decisions on what we buy and what we share?