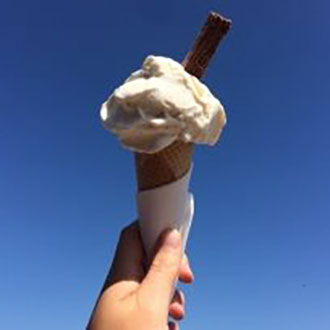 Local company Baboo Gelato has been shortlisted in the Best Rural Food or Drink Business (South West) at the 2019/20 Rural Business Awards, held in partnership with Amazon. The proudly Dorset artisan ice cream producer will be up against fellow rural businesses, entrepreneurs and enterprises from across the South West region to secure a place at the national final. This year marks the Awards' fifth year of celebrating the success of businesses across the UK's rural economy - a sector which employs more than 3.4 million people in England alone.

Baboo Gelato was launched in 2015 by Annie Hanbury, a Bologna-trained gelatiere, who wanted to combine her passion for ice cream making with the glut of fabulous ripe fruit from her kitchen garden. The company also use the finest fresh, local ingredients including organic milk from a South Somerset farm. Annie and her team handmake all Baboo's gelato and sorbet from scratch using traditional techniques.